The work was performed in several stages including an initial site visit at the construction site in Singapore and a subsequent visit once hooked-up offshore. An accurate 3D as-built model of the 275m vessel was produced from laser scanning at 29,000 scan locations plus 13,000 photo pairs for the photogrammetry component which proved invaluable for the restricted access and congested areas. The scope was to include all items down to 1” in diameter resulting in over 65km of pipework with a tolerance of +/-5mm from the 16 topside process modules and 3 underdeck areas. The final model supplied as a fully tagged intelligent AVEVA PDMS model using Process and Instrumentation Diagrams (P&IDs) and validated using equipment schedules.

A further visit to site once the vessel was at its production location included the deployment of a 360 degree gigapixel panoramic camera. The images were registered in Offset’s proprietary SmartPanoramic™ viewing environment (a Google Street View style). The output integrates seamlessly into Woodside’s Asset Lifecycle Information System based around AVEVA NET, providing bi-directional links between the tag register, CAD model & gigapixel panoramic content

Marine surveying presents operational issues as the FPSO was under continual movement requiring adaptation of existing workflow including use of photogrammetry which is highly tolerant to movement. Plus the need to integrate with the ongoing works and activity within the dockyard 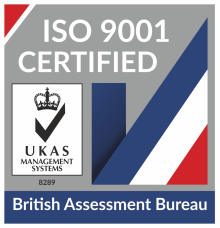